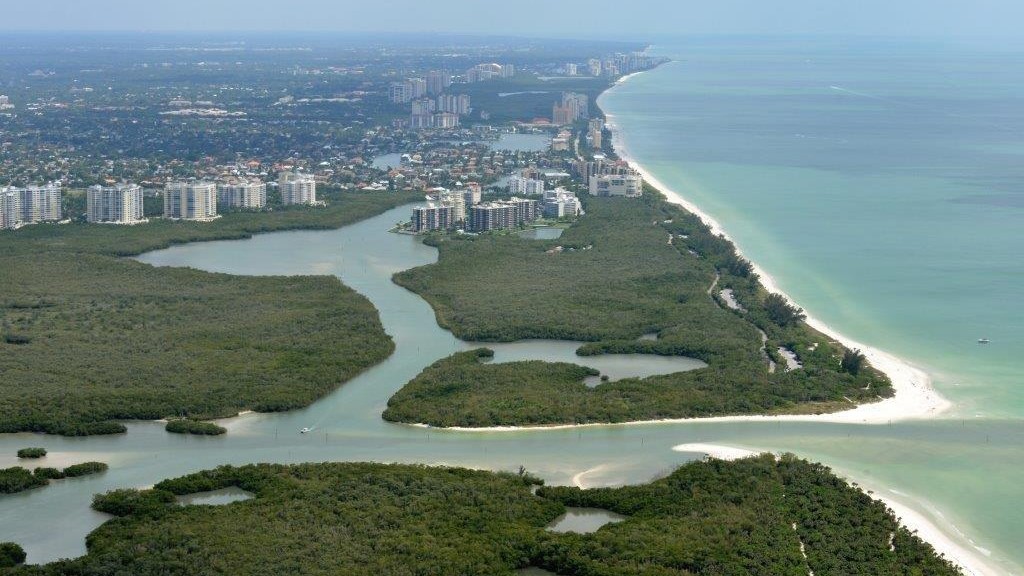 Please click the link below to watch a video of the event created by Pelican Isle Yacht Club Member George Rubin:

Members and Friends of ECA,

We who remain in Florida, are Happy, but Awash in H2O. Wiggins Pass is proving its RECENTLY COMPLETED REDEMPTION and remains a joy to the eyes of those WHO remained to WATCH HER! Now as to facts and fiction! As to Facts, dredging equipment has withdrawn from the pass having completed all rock removal in the new channel. Weather has caused substantial delay in the final progress, hence the contractor will return to do spot repairs and install permanent Channel Markers. May I emphasize that it has been NATURE and not Man who deserves blame for delays. As to fiction, there have been a number of rumors that BULL SHARKS have arrived to inhabit the Wiggins Estuary. Well here are the facts as best I know them ! I solicited by mass email for eyewitness testimony of sightings. No actual sightings were reported. In consultation with “Professional Shark Scientist’s” it was explained that Bull Sharks, have always been present in estuary waters for the purpose of “breeding”. This being so, they suggest that to the extent there are sharks present, they always could have been, and perhaps their presence is now noticed due to clear water; increased availability of food and unidentified people taking in the view of our now scenic waters. ECA WILL KEEP YOU ADVISED !